This is not sponsored content. All services and products referred to and assessed in this post were paid with personal money.

Salt, used for thousands of years to cure and preserve foods, to treat wounds and bites, and even as currency to trade, has antimicrobial, antibacterial, and anti-inflammatory properties. Perhaps because of these, salt has long been associated with respiratory wellness, and as late as 1843, practitioners across the planet have been using halotherapy, or salt therapy, to relieve respiratory conditions of all kinds, from asthma to cystic fibrosis, and chronic obstructive pulmonary disease. Additionally, it has been used to relieve skin conditions like dermatitis and eczema.

Being an asthmatic myself, I’ve spent my life being pointed from one alternative medicine to another. When you struggle with asthma, your body often becomes tolerant to different kinds of medical inhalers, and you have to update your medication every few years. This process is not only tedious and expensive, but it also leads to days of not breathing at full capacity, which is a lot like breathing through a straw until you find the next puffer that’ll work.

Salt has long been associated with respiratory wellness

Knowing that with the start of winter, the spread of COVID-19, and an inevitable cold and flu season were on the horizon, I wanted to do what I could (in addition to my normal medications and flu shot), to mitigate the inevitable struggles my lungs would have during the icy days of Canberra winter.

I wanted to do what I could... to mitigate the inevitable struggles my lungs would have during the icy days of Canberra winter.

That’s how I found myself in the Salt Therapy Clinic & Sanctuary in Fyshwick. Upon arrival, I was greeted by Connie Ng, owner and operator, who sat down with me to explain that the process works by using microscopic particles of pharmaceutical-grade salt, and pushing those particles through a machine called a Halogenerator, which would allow me to breathe in the salt.

She explained that there is a great deal of research on how halotherapy can improve lung health, which was great—I am a junkie for studies and data.  But what’s interesting is that the medical community isn’t really sure how or why it works, just that it seems to. Salt therapy was first formally used by a Polish doctor named Dr. Felix Boczkowski, who realised that the men working in a nearby salt mine experienced fewer respiratory problems than the rest of the population. It turns out that this experience isn’t isolated, and people who live in saltier environments experience similar physical effects. I too have realised that when I’m down the coast, my airways open up.

While we may not know how it works, according to the American Lung Foundation, “there are a lot of theories on the how, from the tiny salt particles being inhaled killing off microorganisms in the lungs to reducing inflammation and decreasing mucus, or a mixture of these hypothesis [sic].”

Dr. Norman Edelman, Senior Scientific Advisor to the American Lung Association, explains that salt therapy may be useful in relieving respiratory conditions; “When fine salt particles are inhaled, they will fall on the airway linings and draw water into the airway, thinning the mucus and making it easier to raise, thus making people feel better” (American Lung Association). With all this in mind, I was excited for my halotherapy session, because I figured that it would have similar effects of being at the coast, plus, the session would last 45 minutes of me-time, which is hard to carve out these days.

“When fine salt particles are inhaled, they will fall on the airway linings and draw water into the airway, thinning the mucus and making it easier to raise, thus making people feel better”

As I stepped into the salt room, I sunk into a layer of salt covering the floor that was five cm thick. As the Halogenerator came on, I started to relax into the easy chair and breathe in the salt, which you can’t feel but can start to taste about halfway through the session. I napped, read a book, and listened to the sound therapy for the duration of the session, and could feel my body viscerally relax. And not just temporarily relax like it does after a brisk afternoon walk; this was more like the kind of relaxation that takes weeks if not months for me to unravel.

This is rare these days; with the gala quickly approaching, I find that my rolling to-do list wakes me up anytime between at 3 and 4:50 am each morning to whip me into submission inspire me to keep working. Even without the biggest event we’ve hosted to date impending, my mind works at a comfortable pace of a category 1 hurricane, and even when I do take necessary time off or take the claws off the keyboard, I tend to not truly clock off and rarely relax deeply unless I’m asleep. This feeling I was experiencing was something different than I had experienced in a long time. It wasn’t a break or a numbing of the stuff that I needed to do, but it was almost like a shift in perspective about how I felt about the to-do list. I felt that I knew it could and would get done, and it could and would happen with all the time in the world. The salt therapy session had given me, I think, a shift in perception of how I viewed time. It slowed it down and made the minutia more manageable.

The salt therapy session had given me, I think, a shift in perception of how I viewed time. It slowed it down and made the minutia more manageable.

When Connie invited me to rejoin the real world, I explained this shifted frame of mind to her and she laughed. “Yep,” she said, “I like to tell people that just 45 minutes of salt therapy has the same effects of  approximately 48 hours at the coast.” I look back now and realise that she was onto something.

With my busy schedule, I admit I haven’t been able to visit the Salt Therapy Clinic & Sanctuary as much as I would have liked, but the effects of that one session changed me for the better. I have since relinquished one night per week to bathe in pharmaceutical-grade salt. While it’s not as effective as the Halogenerator or spending two days at the beach, for now, it’s a good interim option for someone who operates in a high-stress environment with very little free time. And while no one can seem to agree on how or why salt therapy works, I can see why people have trusted salt as a healing modality for thousands of years, and that I can attest to.

is the founder and current President (2019-2020) of the CBR Gals Network Board. She is a regular contributor to the Network’s blog. 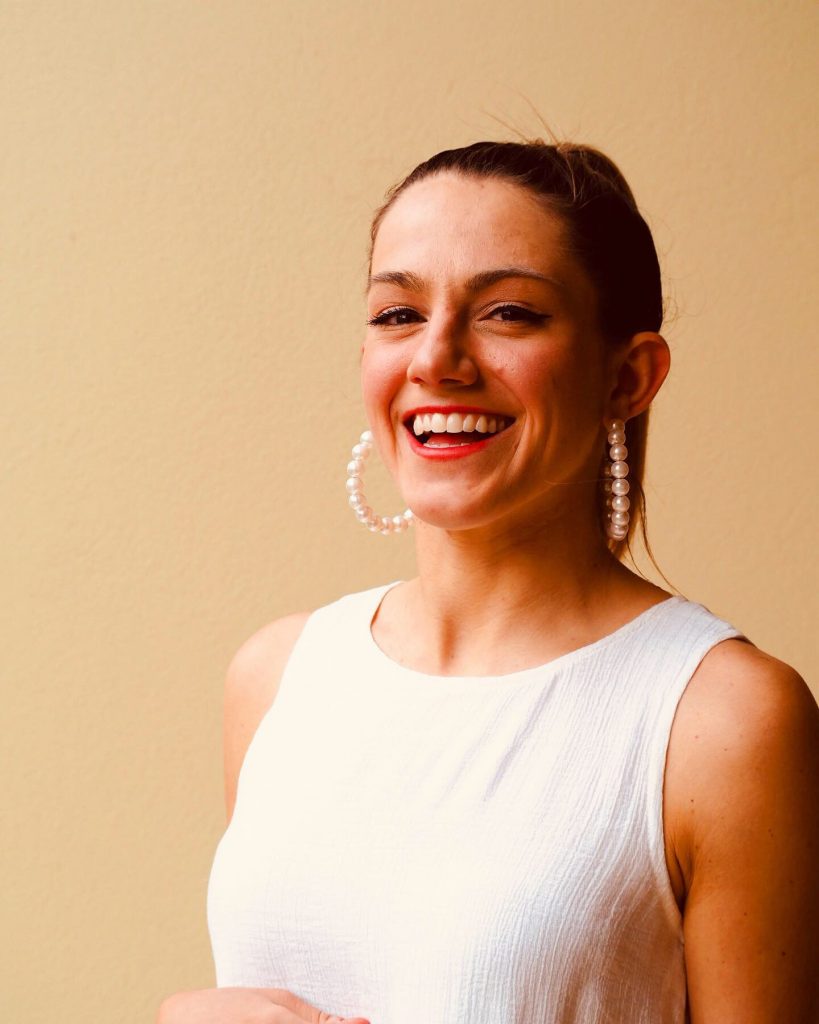 The CBR Gals Network is a feminist not-for-profit organisation established in 2018.

We're here for you. 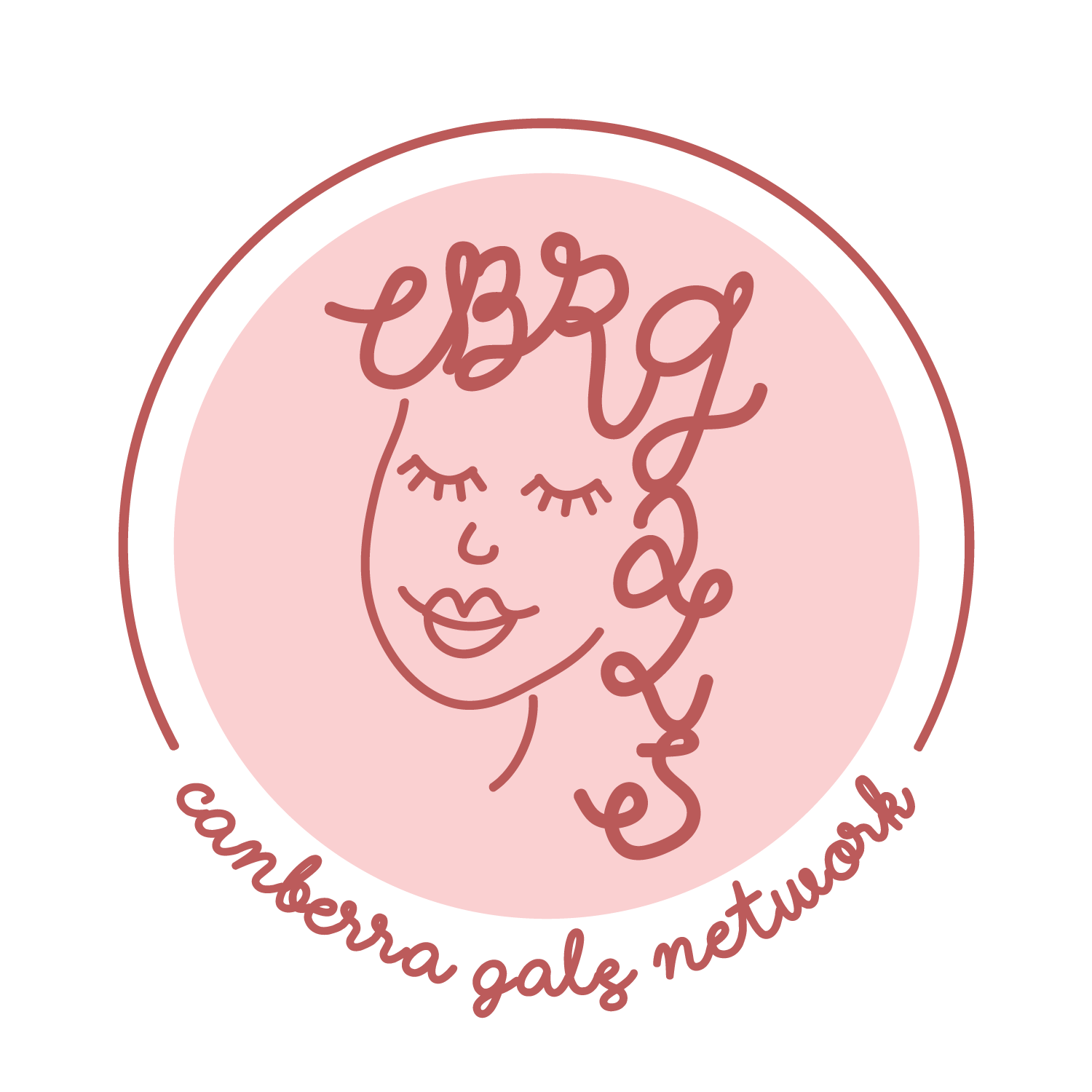